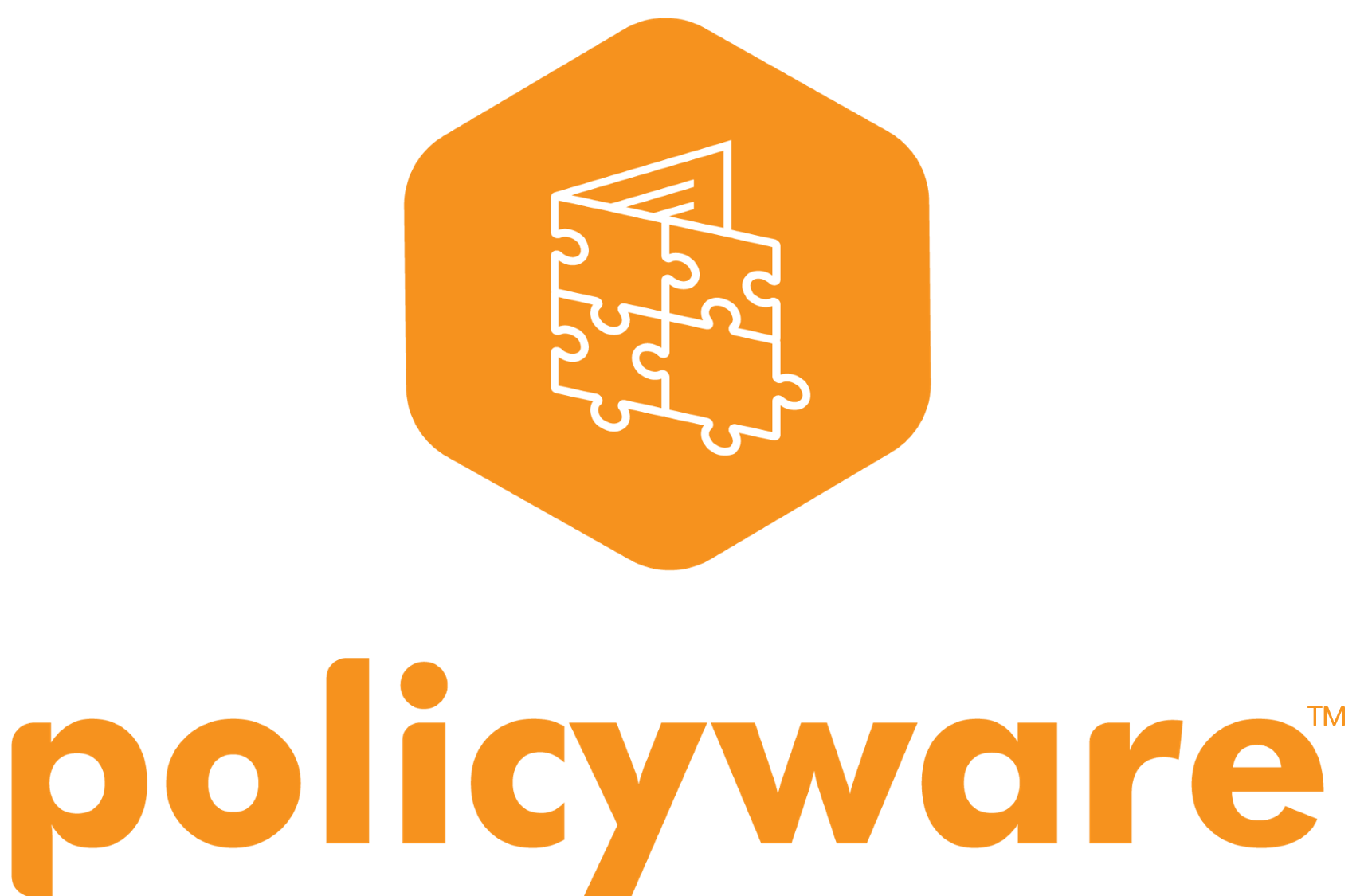 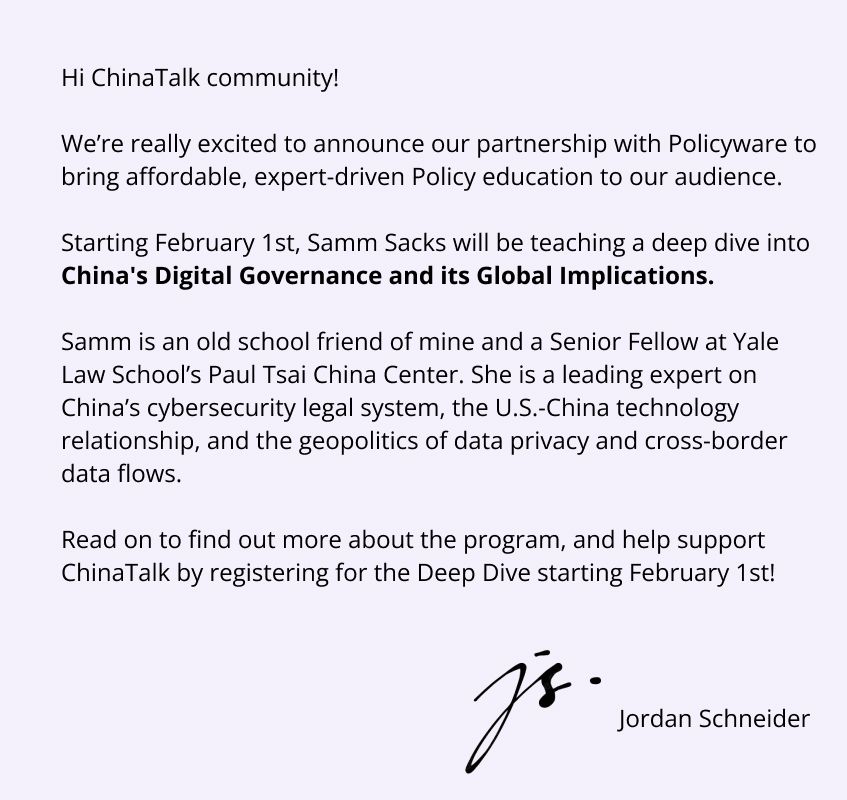 is this Deep Dive designed for?
China Watchers who want to expand their understanding of one of the most important arenas of conflict over the next decade.

Government and Policy people who want to master the nuances of China's digital governance and understand the key policy differences between Washington and Beijing.

Technologists who need to understand the regulatory shifts of the last few years and need insights into what comes next.
China's unique digital governance regime by tracing the policy evolution over the decades.

How different Chinese digital governance laws impact lives and businesses in China as well as abroad.

Where conflict is brewing between Washington and Beijing over data security, integrity and autonomy.

will the lectures cover?

does the Deep Dive Start?
Kickoff is Feb 1st, 2023 and runs until Feb 17th, 2023.  The lectures are a mix of pre-recorded and live, and everything is made available online 24/7 for those in different time zones.

Lectures are released every couple of days.  Most students work during the Deep Dive so we have made sure that the Deep Dive lectures are available at your convenience and delivered at a pace that works for you.
Samm Sacks is a trusted friend of Jordan who is a true expert in the field. Scroll down for Samm's bio.

China's digital governance is a fast-moving field where expertise is extremely valuable; there's a great fit between this type of Deep Dive and this subject.

Certifications are given to those who complete the Deep Dive and will help communicate your achievements to your peers.

do I go about enrolling?
Scroll down and you'll find more information from Policyware, including a simple registration form.

Scholarships are available for ChinaTalk listeners; drop Jordan a line on twitter to apply.

Skill Development Budgets in most major public and private sector organizations will often offset or fully fund Deep Dives like this; ChinaTalk will help coordinate if you require help.

Thank you! We will be back in contact with you shortly.
Write your awesome label here.

Ready to take this Deep Dive? Please enroll below.

Samm Sacks is a Senior Fellow at Yale Law School’s Paul Tsai China Center. Her research examines China’s information and communications technology (ICT) policies, with a focus on China’s cybersecurity legal system, the U.S.-China technology relationship, and the geopolitics of data privacy and cross-border data flows. She is writing a book (forthcoming from the University of Chicago Press) with called "Data in Common: the United States, China, and the Future of Digital Policy." Previously, Sacks launched the industrial cyber business for Siemens in China, Japan, and South Korea. Prior to this, she led China technology sector analysis at the political risk consultancy Eurasia Group and worked as an analyst and Chinese linguist with the national security community. She is a frequent contributor to the media and her articles have appeared in outlets including The Atlantic, Foreign Affairs, MIT Tech Review, and Slate. She has testified multiple times before Congress on China’s technology and cyber policies. She reads and speaks Mandarin.